I Bought a New Amp 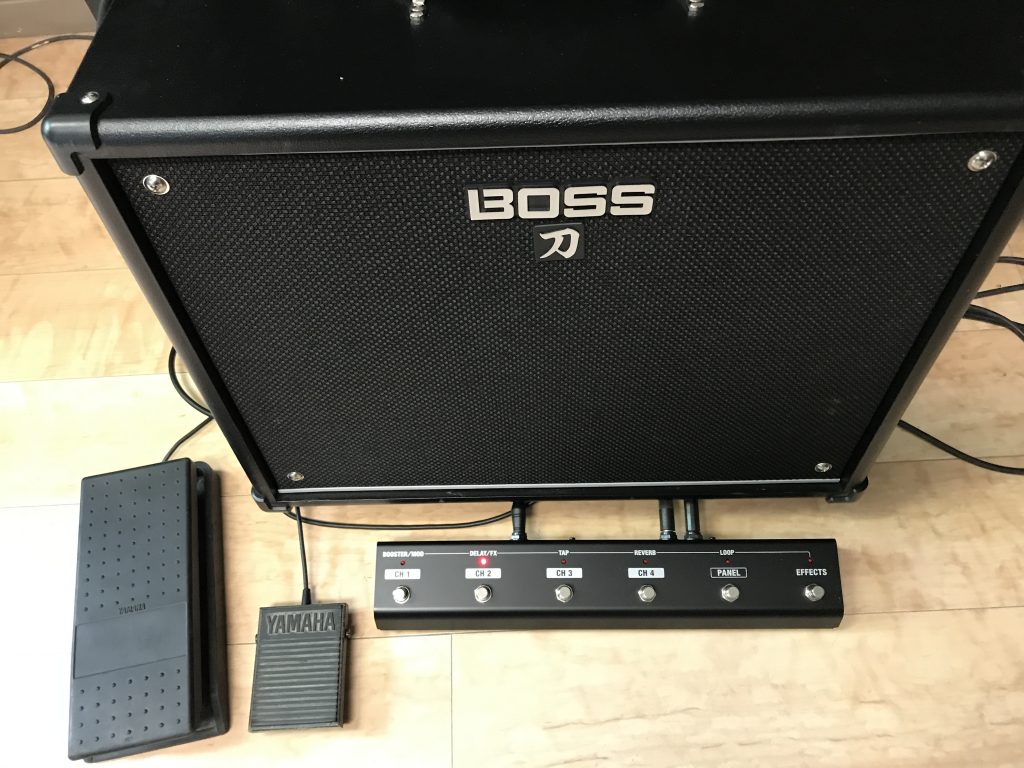 SO back when I had a bunch of solo gigs in a row, I finally grew tired of dragging my 60lb Yamaha amp around. Don’t get me wrong, it has served me well for 30 years. Never needing the shop and only having to replace the reverb cables once and twice replacing the speaker. (once by choice). So now loaded with an Eminence Redcoat it sounds super sweet but weighs 10lbs more than originally did.

The technology in amps and in particular, power transformers, has produced some really loud and light amps. In the Boss Katana 100, I have found a sweet sounding amp that is just over half the weight.

On top of that, it comes with a nice set of effects that has rudimentary access from the panel and more effects and deeper access available via USB.

I went back and got the foot control so I could both move through the 8 presets with my feet but also access the effects within each patch.

So, for instance, patch one is my clean setting (just reverb) but I have also programmed a chorus and delay and set them to off. Once on that patch I can turn on the chorus or delay. As well, if I have the delay on I can set the tempo via the tap switch.

I am going to do a full review when I have the amp totally under control and when I have time between gigs and teaching music lessons here in Winnipeg.