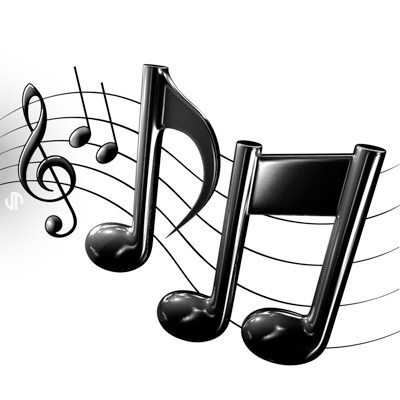 Bluntly I just don’t have the time or the energy to do as in depth analysis as last year. I opened a music school , I have 45-50 of my own students and I have 13 gigs (a whack by my standards) between May long weekend and July 1st.I did promise after the last post not to speak about it until now and that was hard. Why? Because at the end of last year, after deeming the 2011 fest ‘one of the best ever’, they did something they have never done before. They sent out an email pleading for year end donations to cover the year’s losses!!So, after we are forced to accept our jazz festival as an artistic failure so it can stay afloat financially, we then are forced to accept it is a financial failure??

Another thing that happened is a local jazz columnist for a major newspaper, printed an article after the fest was over. He asked readers to write in with their thoughts about the amount/lack of jazz at the festival. Well I do not know if anyone but me responded. Or if the response was mostly positive or negative but I do know that there was no follow up article. No story there? Maybe, but maybe the paper that gets ad money and is also a host venue isn’t likely to allow a negative article about a festival they generate revenue from.

Lastly, when our festival did published this years schedule; the online version had the wrong dates!…if you can’t get that right…

Again, I am not judging the quality of music or musical styles, but how much actual jazz is at the festival.

We can also look at the obvious marketing, social networking and booking blunders they continue to make on the way to creating a financial and artistic failure.

I will no longer be offering ways to improve the festival as I am tired of seeing my ideas implemented (coincidence or not) w/o credit and to the continued benefit of the non jazz acts.

And I promise to stay away from all those analogies!

On with the show

On some days there is no jazz (4) including the first Saturday of the opening weekend. On all but 1 day there is less jazz that any other music (that’s 9 out of 10 days with little or no jazz) and that one day (Wednesday…now there’s a hot night for jazz!) it is an even split between jazz (if we are generous) and  non jazz.

Even the avowed jazz fest apologists are shaking their heads at this one. To me it smells of austerity or entropy.Out of 90 or so events with quite a bit of recycling acts 2 or 3 times (their press release claimed 100 Artists but that is just more snake oil as they took individuals from groups to pad this number…if you can’t get that right…) only 23 are firmly jazz. If you include the  stuff the fest is trying to push off as jazz, you might get to 27. Either way it is a JAZZ festival with less than 1/3 jazzish content! Sadly, the same ratio as last year. Again there is more pop music than jazz appropriate events (jazz/latin/blues)

There is no serious international jazz entry. The list of profound jazz artists we could have had (playing at jazz fests in Canada before and after ours) is staggering and depressing.

We were told by the festival director that; he tried to get Wayne Shorter but couldn’t get the band together for our fest.  Really?? Wayne Shorter is playing in Saskatoon on Saturday June 23rd. You know the last day of our festival when only 3 out of 11 acts are remotely jazz.

“They” always say they need a big draw pop act to make ends meet but this year they don’t have that. (unless you want to pay $46 to hear that Chevy Cruz theme song). It will be interesting to see if that pans out as a lot of the real jazz fests are also having this artist.

In the continuing saga of marketing blunders we still see a heavy reliance on telephone pole posters. Lost your dog or cat sure put up a poster. Trying to advertise a million dollar music festival…get with the times

We also have the pointless twitter hash tags talking to the choir and the less than useless Facebook event invites. So far I have been invited to 4 jazz events and 10 pop shows. And thanks to the new faceboook event format I am informed every time someone scratches their butt (posts a picture etc.) on an event. So one day I login and I have that red balloon with double digit notifications, all from a handful of (non jazz of course) events. Cripes I can’t be the only one totally annoyed by this can I??

I don’t know about you, but I got tired of reading the jazz fest site list of performers

Aside for 65-70% of them not being jazz (aren’t used to that now?) I tired of the mostly amateurishly written bios, with no website  beyond a myspace, bandcamp, reverbnation or Facebook page (it is the 21st century and you are serious about your music right???). The lame resume padding (‘shared the stage with’, ‘opened for’, ‘studied with’, ‘compared to’) and bush league promo shots (even one obviously from their parent’s basement).

I tired of the pop act bios that read ‘genre bending’, ‘jazz as an influence’, ‘style blurring’, ‘defies description’. Especially galling is, that when you go to their respective websites (those that had one) and the acts themselves don’t mention that crap. They call it like it is; we’re a rock band, we’re a soul act, we play R&B, etc.

It is the festival organizers who feel the need to play the snake oil salesmen.

The usual head scratcher of having local acts, of all stripes, you can see for free year round (including the week before, of and after) costing money that week.

We have the same handful of people playing most of the gigs under different leader names. The complete lack of imagination or just plain laziness in booking the local acts. They seem to mostly be the same people over and over in established groups or in thrown together groups with no website and for whom this will be only their 2nd gig in a year! Last year they had 2 local acts for whom the jazz fest was their only gig. If you only went to the jazz fest you’d think Winnipeg had only a handful of musicians. Which, of course, leads to the dearth of talented veteran locals not even having a sideman gig let alone a leader gig. Some of them have put out Cd’s this year and, of course, have a real website. I can think of a few people who have 8-9 gigs each at this year’s fest while their older wiser teachers have 1 or less.

Sure, the people they seem to favour are good but by no means does this festival represent the depth and variety that is the Winnipeg jazz scene. It’s like they have no idea who all the jazz players in this town are.

As well the ‘outreach person’ spends almost all his time promoting the supposedly money making pop acts and doing a fine job of making people forget there is any jazz at all. Talk about your self fulfilling prophecy!

He also spends a bit of his time being disrespectful online, sometimes during office hours.

Last year there was at least one incident where someone (OK me) asked if the Folk Fest was going to start booking jazz (in response to Jazz Winnipeg booking a Bluegrass group for Feb and announcing and promoting it heavily in June when they should have been promoting their money losing festival) the outreach person logged out of the Jazz Winnipeg Facebook account, logged in with their personal account to offer a rude response. This year one of the performers started a facebook thread decrying BBNG. Not their inclusion to the fest (now cancelled) but their musical validity. This same Jazz Fest employee, during business hours, took the time to slag opinions that didn’t mirror his own, put down an established jazz icon and slag Humber college and their graduates. Many who are playing at the festival.

Is this in his job description?

Seriously if I had an employee who was flaming/disrespecting people on behalf of or in the name of my business, during working hours (or anytime)…I would fire his ass.

A real social networking specialist’s job is to attract people not piss them off.

As a hold over from previous years I will note that my friends who go to the blatantly non-jazz events have no idea why the jazz fest is having them and the artists themselves will, during their shows, make fun of the jazz festival for having them. If you look at the touring non jazz acts websites they do not have another jazz festival date on their calendar and, in all cases, do not refer to our jazz festival  other than the venue name and date…it’s like they are embarrassed.

So am I.
Click Here To Register For Music Lessons