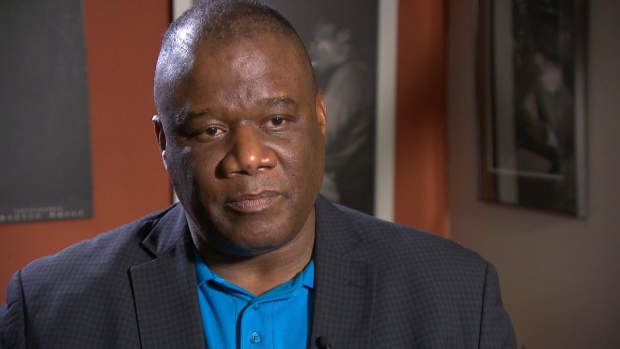 So the jazz studies head at UofM went on leave in 2016 and retired in 2017. Prior to that, his “DIG!” magazine went under. After the retirement,  the summer jazz camp was cancelled and all references to him where stripped from the U of M website.

It has recently become public that he has been harassing females students. In a CBC article dated Sept 13 2017. Reports quoting one woman’s complaints about unwanted attention, hugging that lasted too long, kisses and inappropriate things being said.

One could call this a one time thing but this is so far from the truth that it really makes one wonder how we could be at this point at all.

Universities are notorious for being extremely left wing and yet this man was able to harass students in general and female students in particular for, what looks like, his entire tenure at the University.

Of course the CBC is notorious for being equally as biased and yet Jian Ghomeshi was able to prey on co-workers without any repercussions for all of his university and CBC employment years.

Let’s talk about the events leading up to this.

He was hired in 2003 to expand the jazz department at U of M. He certainly did that but not without casualties. He had zero respect for the existing jazz faculty. He had zero respect for the established local jazz musicians. He came here saying “I am not here to take away anyone’s gig, I am here to teach”, then proceeded to snipe gigs from the locals.

He is solely responsible for destroying the local jazz scene, ruining a few careers and running a few players out of town.

His ‘program’ graduated very few students, retained very few past their first year, and, at the end, was bloated with high priced staff.

Even without all this, it could not survive.

I am not in the jazz clique or connected to the University. But I have prepared students for auditions there and interviewed female students and grads for my music school. So  I have heard about the harassment and the intimidation at in the jazz studies program. So if I heard all about this, so did those who could and should have done something about it.

About 10 years ago allegations were made and then vanished.  But it was well know that his horn dog ways didn’t diminish. In fact, you could make a case that letting him off the hook a decade ago emboldened him to do it more and more often. In Jian Ghomeshi style, the women being harassed were also his first picks for his gigs and projects.

10 years later he goes on leave for 6 months then retires before he had enough years to get a full pension. His ‘retirement’ lasted a few weeks till he landed a job at Berklee (that he has now lost).

He got this job with references possibly from U of M  despite somewhere between 10 and 20 women coming forward about 10-13 years of sexual harassment.

So, between waiting 10 years, giving him leave, a retirement package, and good references, the University of Manitoba is complicit in a cover up.

But it doesn’t end there!

Many of these things he did, he did in front of others. Telling these female musicians repeated variations on the ‘you look so good no one will care about your playing’ was done in front of the other students both male and female.

The harassment was everything from the aforementioned sexual type, to calling people at home to tell them they didn’t belong in the program. From failing students for not being into his narrow definition of jazz, to comparing jazz playing to sex and war.

One of his Dig! editorials was about playing music being like a boxing match where the one who has no fear and vanquishes his opponent is the winner. Doesn’t seem like music teacher material to me.

Right now local jazz players who sucked up to Kirby to get gigs and/or grades are flooding each others news feeds with “I believe and stand with these women”
Where were they when they saw it, where?

Pretty well everyone one of the younger male jazz players who went through any portion of the jazz studies program (who would rake you over organic, locally sourced coals if you call a young woman a girl) had a real chance to ‘stand with these women’.

But that would mean standing up to the man, losing gigs, losing grades?

On a related note, Almost all his staff has moved on, is on or will be on, a sabbatical.

So I have never been a Kirby fan.

Off the top, my first thought (when his hiring was announced) was ‘why would a guy who has played with Wynton Marsalis and Elvin Jones need to come to Canada to teach (let alone Winnipeg)?’ As his back story emerged, we found out his resume was a little shaded as he got fired from a lot of gigs.

The fact that everyone seemed to talking about him like the sun shined out of his asshole was an automatic red flag for me. Him stealing gigs from locals was another. Him ruining the CCFM. (who still have his face on their web page banner). Him stuffing the already slim local jazz festival content with anyone with a heart beat from his program. Him calling us the Jazz Capital of Canada. Him daring to recreate the famous “Great Day in Harlem” photo using only his friends and students. All of it speaks of empire building and arrogance.

How he got the job was a big mystery to me, how he kept it was an even bigger mystery.

Fact is, whenever I brought up these points with people I was considered jealous, wrong, spiteful. Now of course the stories of what an arrogant ass he is are coming fast and furious.

Speaking of Jazz Winnipeg they still have not removed him from their board of directors. I guess they don’t stand with or believe these women.