After landing back in Winnipeg (after 2½ weeks in Newfoundland and Toronto) I played 2 private functions in 2 days. The first was a 60th birthday and the next was an outdoor wedding.

It is a 4 hour gig for drinks and dinner crowds.

After schlepping my 30 year Yamaha G100-112 III at sixty pounds to my last gig I decided to get a new amp. I will do a review later but I got one of the new Boss Katana amps. I got the 1 12″ speaker 100 watt version so the same spec as my current rig but ½ the weight.

as I was going to be going through airport security for the next 3 gigs, I decided to travel light guitar wise as well and used my Grote Guitar semi acoustic.

So the 11th had me doing solo guitar at my regular gig in the Palm Lounge inside the Hotel Fort Garry.

A nice night with good people 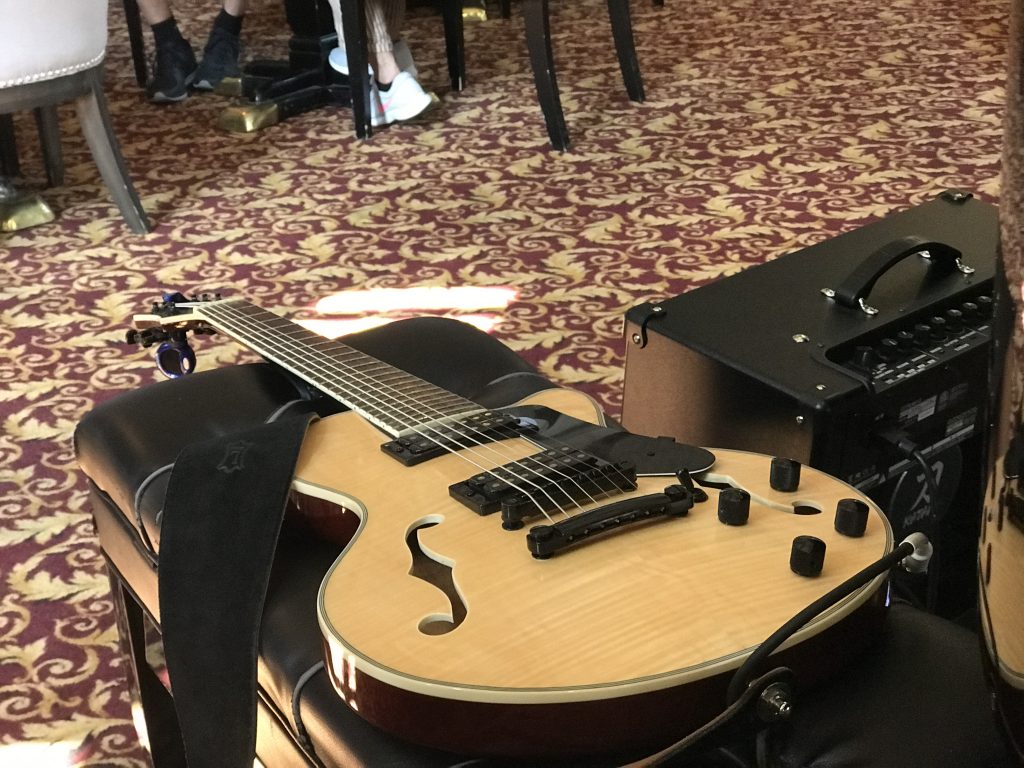 The 13th had me doing my first of 3 gigs at the airport and it was a nice gig. I had actually music fans coming up and talking to me and making requests! 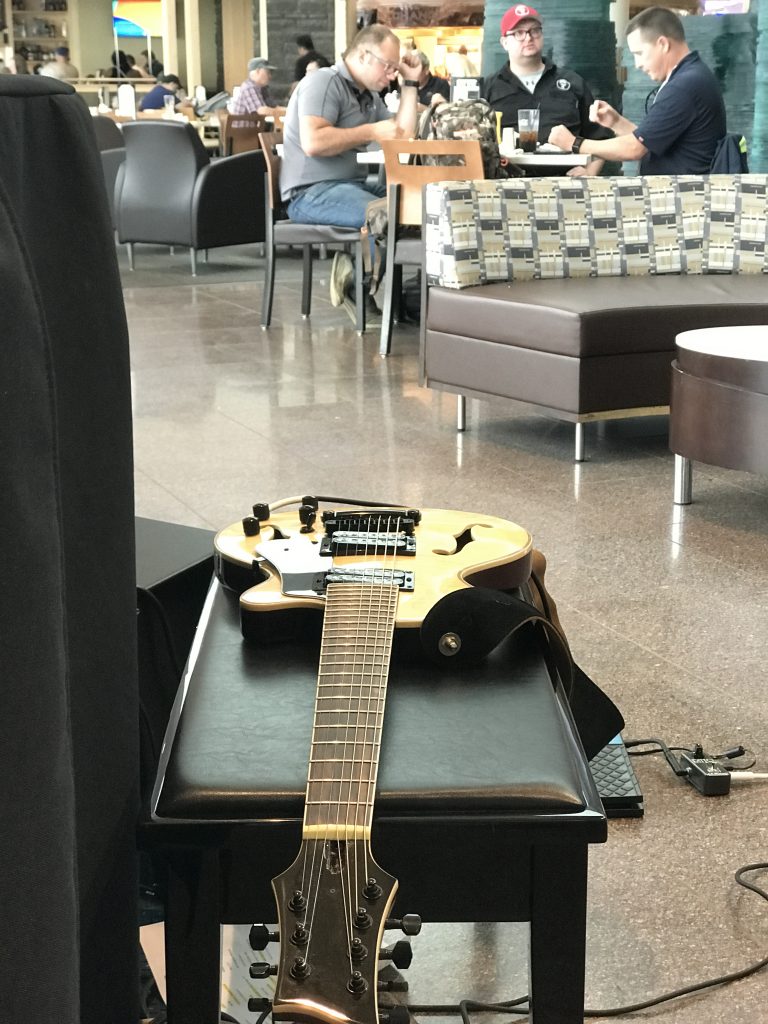 The Next Day this 3-6 gig had a full onslaught of crying kids and fed up parents (maybe this is the big day for flight to and from Orlando Florida and all the Disney they can handle)? 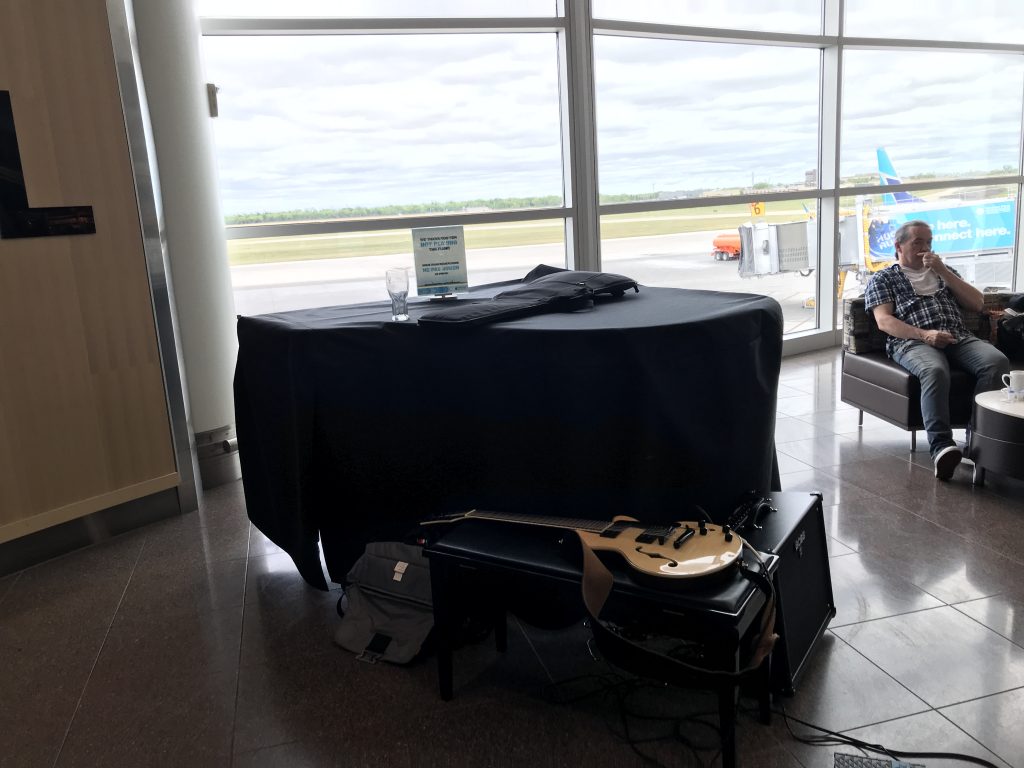 It was clear from our short conversation he had Asperger’s or something similar. 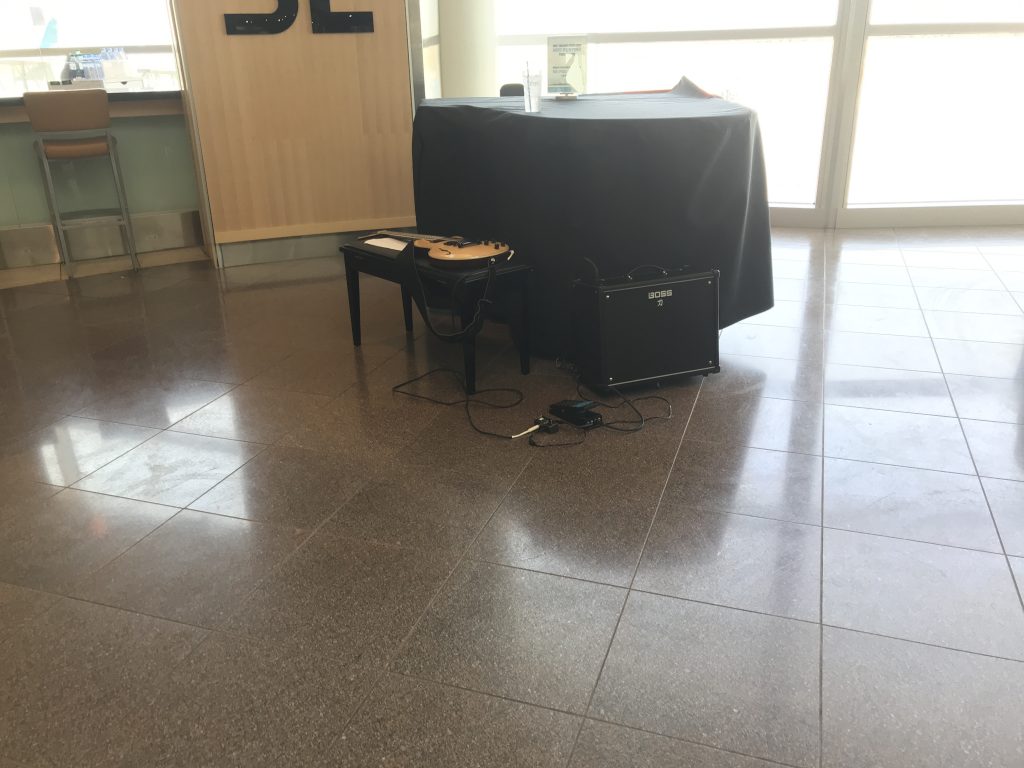 After those 4 gigs I found the new amp totally live up sound wise and the weight was very manageable!